The latest installment of Great Conversations has been released, titled From Stigma to Inclusion. The video features Bernice A. Pescosolido whose research addresses how social networks connect individuals to their communities and to institutional structures. This research encompasses three basic areas: health care services, stigma, and suicide research. The conversation can be watched here on teaching.iu and here on ProfessorPedia.

Bernice A. Pescosolido is distinguished professor of Sociology at Indiana University and director of the Indiana Consortium for Mental Health Services Research. Professor Pescosolido received a B.A. from the University of Rhode Island in 1974 and a Ph.D. from Yale University in 1982. Drawing from the same theoretical insights that guide her work on the influence of community on the use of health care, Pescosolido is a leading sociological researcher on suicide. Her early work examined claims on and evaluated the utility of official suicide statistics. Her work also has focused on the way that religion and family ties can protect or push individuals to suicide as a solution to problems. In 2005, she was presented with the American Sociological Associations Leo G. Reeder Award for a career of distinguished scholarship in medical sociology.

Some of Dr. Pescosolido’s publications include:

Additionally, you can listen to the conversations as podcasts. Search for “FACET” or “FACET Great Conversations” on Apple ITunes Podcasts, Spotify, SoundCloud, or Stitcher. 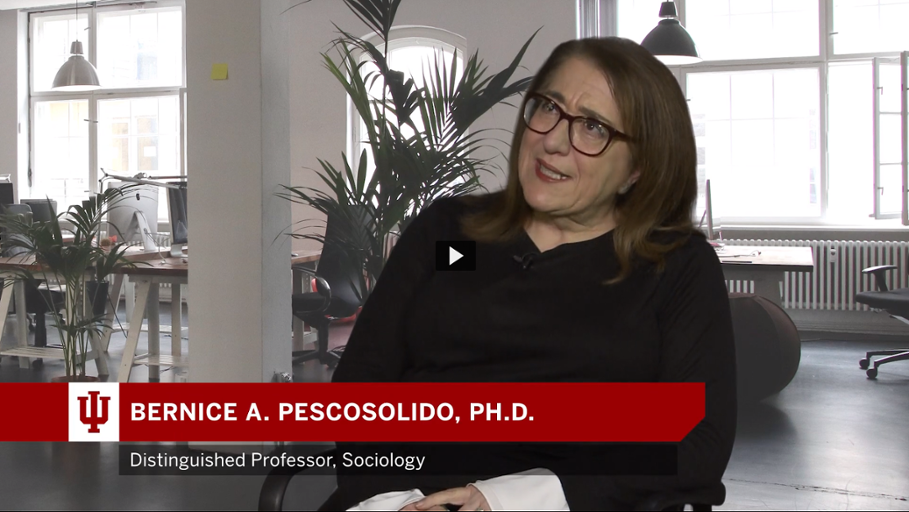